In the future, procreation has been outlawed due to the overpopulation problem and America has become a grim place to live. No television, no movies, no theatre, all entertainment has been outlawed. As a matter of fact before the No Infant Policy was instated, all children were operated on so no one could ever smile again. There is a faction of rebels trying to turn things back to the ways of the past. One of their leaders, Gibson, while helping a young pregnant woman escape the law brings her into the fold. Can this group led by Doc Happy stop this bogus government and their insane laws marshalled by the mysterious master or will they all determine nothing can be done in this world we live in. 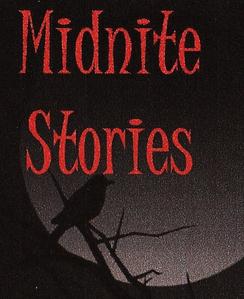 ​When children and young adults get really upset and are not thinking straight they can make terrible mistakes.  But before that mistake becomes final, a dark mysterious stranger will take them away to another place.  Who is this stranger?  Appearances can be deceiving especially to the families who think their loved ones have fallen into a comatose state.  Where are they?  Someplace where all their dreams can come true but not necessary a place to find true happiness.  Why does this stranger take the children away? Is it a duty or a curse?  What reason does the suspicious man known only as Owen have to want to stop the stranger and why does Jeffrey Palmer want to help when he witnessed firsthand the power the stranger wields.  All these people have come together for a reason, what is that reason?  Perhaps it’s just the constant search for a better place.

​As the bewitching hour strikes, a hidden section becomes accessible in the Library of Darkness.
The hard covers begin to pulse as the words invigorate our minds.
The images come to life which propels us into a realm, unlike any other.
As we journey into the pages of Midnite Stories.

Mike Jacobs was abused as a child by his father. Mike accidentally killed him protecting his loving mother from an attack. He was sentenced to a mental institution and put under Dr. Laurel Stephens' care and the only comfort he had was from his stuffed dog. But the abuse seems to always follow Mike as he sees the other side of the orderly in charge named Turner. Mike escaped his tormentor once again and goes to the only place he knows, the woods, his special place. There he found an abandoned puppy who grows up with Mike. Mike soon found out that his dog is very intelligent but has a dark side, Murdered bodies are discovered in the woods, was it a wild animal, an intelligent killer dog or maybe Mike is smarter than everyone thought. Detective Carl Wilson is assigned to the case to find Mike. Who will find Mike first, the detective, the orderly, the doctor or will the dog get them all when he goes to fetch?

Where were you? That’s always the question when something momentous happens. That’s what they’ll be asking about that faithful night when the alteration storm hit, the bright yellow lightning transforming ordinary people into something much more than could be imagined. The night the Lucky Strikes were formed, the night that foreshadowing from Fate paved destinies, the night when minds trembled from an unseen enemy, the night where five people were forever changed as reformation took hold, creating the birth of salvation, the birth of                  Heroes After Dark.

This World We Live In

​Once the darkness envelops your mind and the last volume has been read
The books may be returned to the shelf, but our psyche will never be the same
After crossing into the chronicles only found connected to the spine of Midnite Stories.